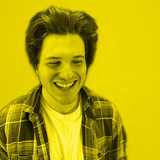 Peter MacDonald is a Newfoundland performer, producer, and writer. During his childhood, Peter planted his roots in the musical theatre world and since, he has had the pleasure of performing across not only Canada, but around the globe. He has participated in Newfoundland and Canadian tours, a European exchange, and has also recorded/performed throughout various studios and venues in the United States. Peter obtained his B.P.S. in Music Production from Berklee College of Music and has trained with various music personalities and companies, such as Mary Walsh, Mitch Benoff, Judy Stakee and AVID. As a playwright and theatre enthusiast, his career highlights include co-creating “Trummp The Musical” and orchestrating the children's musical “How Do You Get To Jellybean Row?” Currently, Peter plays keyboards in the pop funk group “With Violet” and the Americana folk duo “Quote The Raven.” He is also working on his first solo endeavour, with hopes to expand his knowledge and reach by working with other music creators.