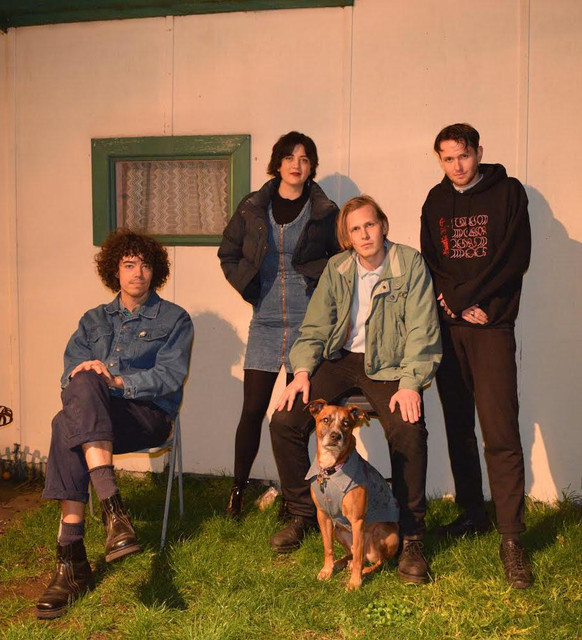 Heavy on guitars, hooks, and energy, Australian indie rock band Thigh Master blended warm melodies with raw, rough-edged production. The band's anxious lyrical themes and Flying Nun-indebted pop sensibilities were the backbone for albums like 2019's Now for Example. Thigh Master formed in Brisbane in 2012. Brothers Matthew and Daniel Ford had been playing in the more psychedelic Black Vacation, but wanted to start a band where Matthew's acerbic songwriting skills could take center stage. Drummer Patrick Byron joined the Ford brothers to complete the first Thigh Master lineup. In 2014, they released their first 7" single, "Head of the Witch," and returned the next year with second 7" "Songs to Wipe Your Mouth To." The band went through various personnel changes before the release their 2016 debut full-length Early Times. The album was pieced together from sessions that took place in various studios and practice spaces over a three-year period, and by the time of its release, some bandmembers had come and gone. Thigh Master solidified their lineup with brothers Matthew and Daniel handling guitar and bass duties, respectively, as they were joined by second guitarist Innez Tulloch and drummer Dusty Anastassious. They toured extensively, including dates in Japan. In 2019 after several singles between albums, the band released their sophomore studio album Now for Example with storied American garage punk label Goner Records. A lengthy U.S. tour was planned to promote the record. ~ Fred Thomas, Rovi