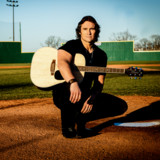 One of country music’s most-praised traditionalists, Nichols has six No. 1 hits and eight Top 10 singles to his credit. Those hits also include chart-toppers "Brokenheartsville," "Tequila Makes Her Clothes Fall Off" and "Gimme That Girl," and Top 10 smashes "The Impossible," "If Nobody Believed In You," "What's A Guy Gotta Do," "Size Matters" and "I'll Wait For You." Nichols is a three-time Grammy nominee and the winner of the Academy of Country Music’s “Top New Male Vocalist” award, the CMT “Breakthrough Video of the Year” award as well as the prestigious “Horizon Award” from the Country Music Association. Additional honors include awards from Billboard, Radio & Records and Music Row Magazine as well as a New York Times “Best-Albums-of-the-Year” nod. Nichols has earned multiple RIAA platinum and gold certifications for both his hit albums and singles and appeared on national media programs ranging from the ACM Presents: Superstar Duets on CBS to The Tonight Show, Jimmy Kimmel Live, The View, Entertainment Tonight and Austin City Limits.