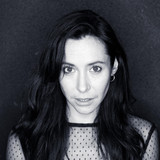 Discovered while working as a publishing assistant at Mute Records, Nerina Pallot signed to Polydor Records and released her first album in 2001. The release of her critically acclaimed second album Fires in 2006 drew comparisons with Joni Mitchell, Fiona Apple and Tori Amos, and spawned hit singles Everybody’s Gone To War and Sophia, plus Brit Award and Ivor Novello nominations. While building a faithful live following, subsequent albums have seen her follow her creative muse wherever it takes her, from the chamber pop of 2009’s The Graduate, via the Bernard Butler produced retro colourings of Year of the Wolf in 2011 to the electronica heavy The Sound and the Fury. Pallot’s most recent album Stay Lucky finds her trademark songwriting exploring the human heart in all its fragility set amongst lush orchestration and the multi instrumentalist’s peerless musicianship. Now two decades into her career, Pallot’s rich and varied back catalogue suggests an artist determined on carving her own path. Currently working on her seventh album, she has recently lent her distinctive vocals to songs like Circus from Amazon’s Modern Love and her version of Love Will Tear Us Apart on BBC/RTE’s Normal People.