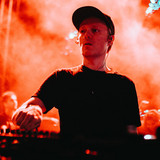 Deep house project Watermät was the brainchild of French DJ and producer Laurent Arriau. Born in the early '80s and brought up in Paris, he developed an affinity with music at an early age, learning to play guitar and piano and listening to everything from Michael Jackson to Guns N' Roses. After being switched on to the house music scene by Daft Punk, he learned how to DJ and produce electronic music. He studied science for two years before getting into production work for a number of big French pop acts. Initially preferring anonymity, he remained a backroom figure until, deciding to create his own music, he quit Paris in 2012 and moved to the south of France. Uploading his early efforts to Soundcloud, where they became popular, he picked up a substantial following, but only became successful after his track "Bullit" was picked up by Spinnin' Records, who released it as a single. The infectious tune, written and recorded in just a couple of days, paired a summery flute melody with ominous, epic bass stabs. Released in June 2014, it was played out by many of the world's top DJs, including Pete Tong and Tiësto, and swiftly became an anthem of the summer. The single charted in several European countries; its best performance was in Belgium's Flemish Ultratop chart, where it peaked at number six. ~ John D. Buchanan, Rovi