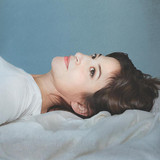 A talented folk and country artist who, in addition to her solo work, performs and tours as a member of old-timey string band Uncle Earl, and the self-described "folk noir" trio Sometymes Why, Kristin Andreassen is also a professional clogger and dance instructor. The Nashville-based, Oregon-raised polymath issued her debut solo album, Kiss Me Hello, in 2007, and took home the grand prize in that year's prestigious John Lennon Song Contest for the single "Crayola Doesn't Make a Color for Your Eyes." A sophomore solo outing, Gondolier, dropped in 2015. The busy Andreassen has toured with a bevy of like-minded artists, including Chris Eldridge and Noam Pikelny of Punch Brothers, Lucius, Jeffrey Lewis, Dawn Landes, Jefferson Hamer, Mipso, and members of Field Report and Cuddle Magic, and she has had her music featured in both film and television. ~ James Christopher Monger, Rovi