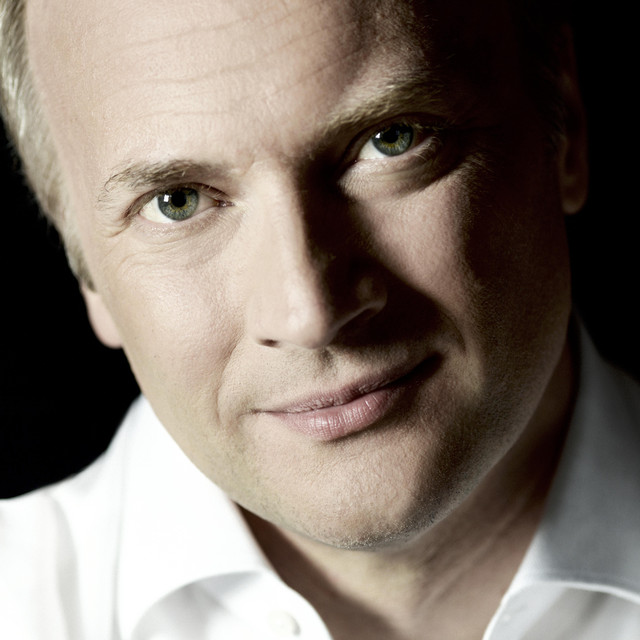 Gianandrea Noseda has developed a well-deserved reputation as a conductor who has mastered a wide range of both symphonic and stage music. He has conducted operas at the Mariinsky Theater in St. Petersburg and the Metropolitan Opera in New York, as well as at other major operatic venues across the globe. He has led world-renowned orchestras in symphonic repertory, including the New York Philharmonic, Vienna Philharmonic, Tokyo Symphony Orchestra, and the BBC Symphony Orchestra. With the latter ensemble, he has taken on major projects that include a complete live cycle of the nine Beethoven symphonies. Noseda was born in Milan on April 23, 1964. He first studied piano, then later focused on composition and conducting. His teachers included Valery Gergiev, Myung-Whun Chung, and Donato Renzetti. In 1994, Noseda won two prestigious conducting competitions, the first in Douai, France, and the latter in Cadaques, Spain. Following his win in Cadaques, he was named the principal conductor of the Cadaqués Orchestra. His official debut followed shortly when he led the Orchestra Sinfonica di Milano Giuseppe Verdi. With this ensemble, he made his first recording (1995), a disc of Rodrigo's Concierto de Aranjuez, and other guitar works with soloist Emanuele Segre for the Claves label. In 1997, upon the initiative of Gergiev, Noseda was made principal guest conductor at the Mariinsky Theater, the first foreigner to be given this honor. In 2002, Noseda made his debut at the Met conducting Prokofiev's War and Peace and was appointed principal conductor of the BBC Philharmonic Orchestra. He held this position until 2006, when his title was changed to chief conductor, a post he held until 2011. That year he was named the principal guest conductor of the Israel Philharmonic. In the late 2000s and early 2010s, Noseda emerged as one of the top operatic conductors on the British scene and beyond, with muscular, often hyper-dramatic interpretations that drew audiences. His work was amply captured on recordings, with a video of Gounod's Faust appearing in 2016, with the Orchestra e Coro Teatro Regio Torino, and one of Bizet's The Pearl Fishers at the Met in 2017. Noseda made a series of high-profile appearances conducting vocal recitals by four of the world's top singers: Ildebrando d'Arcangelo, Rolando Villazón, Anna Netrebko, and Diana Damrau. In 2016, Noseda was named the principal guest conductor of the London Symphony, and the following year, he was named music director of the National Symphony Orchestra in Washington, D.C. In 2018, he was named the general music director of the Zurich Opera House, beginning with the 2021-2022 season. Noseda has made numerous recordings for a variety of labels, including Deutsche Grammophon, Decca, Philips, and Chandos. His most popular recordings include the best-selling 2003 solo debut of soprano arias by Netrebko with the Vienna Philharmonic on Deutsche Grammophon. Most of his symphonic recordings have been made for the Chandos label and include a complete cycle of the Liszt symphonic poems (finished in 2007), with the BBC Symphony. In 2020, Noseda issued several albums, including Dvorák's New World Symphony and Copland's Billy the Kid with the National Symphony, Shostakovich's Symphonies Nos. 5 and 1 with the London Symphony, and Luigi Dallapiccola's Il Prigioniero with the Danish National Symphony.