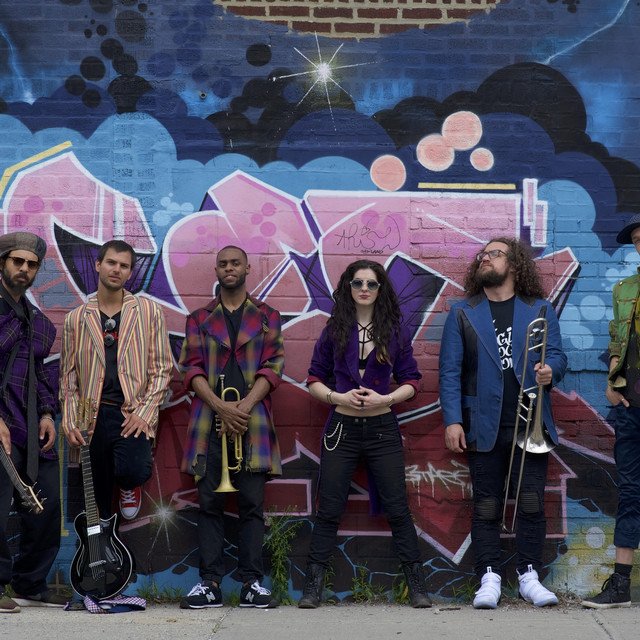 BIG VILLAGE LITTLE CITY has had a reputation as a show-stopping live band since the group’s 2016 inception as a cross-pollination between danceable conscious hip-hip and brass-driven New Orleans-style funk. Launched by Minneapolis-bred rapper Forefeather and veteran NYC jazz singer Amy Grace with the intention to build inclusive community using contagiously hooky music, BVLC quickly grew to be a sprawling and diverse tag team of ferociously talented musicians with a devout base of supporters in the most cosmopolitan city in the world. With bass player Osei “Boogieman” Kweku anchoring the groove of BVLC in the live setting, producer Charlie Patierno (Octave Cat) steps in to anchor the group’s sound in the studio.   BIG VILLAGE LITTLE CITY’s short-and-sweet debut studio album, Over the Weather, is the soundtrack to a completely unadulterated celebration of all of us, at a time when many would agree that exactly such a thing is needed most.