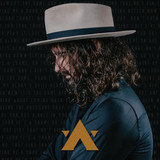 Andrew Waite is a passionate songwriter, performer and educator who recently released his second award-winning album, Tremors. His songwriting is honest, rugged, and evocative and he delivers a relentless and dynamic performance whether he is performing solo, duo, or with his full six piece band. Tremors was recently nominated for "Rock Recording of the Year" at the 2020 ECMA Awards and Andrew took home the "SOCAN Songwriter of the Year" prize at the 2020 Music PEI Awards.