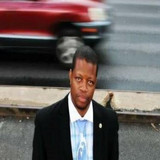 Ron Savage -aka- Bee-Stinger worked for DJ Jazzy Jay and Rocky Bucano at Strong City Records/MCA where he became known as a “go-getter” in the music industry. After three years Bee-Stinger left Strong City Records to work for Dick Scott Entertainment where he handled the careers as an Artist Liaison for Snap ( I Got The Power), Show Biz & A.G. (Soul Clap), and Doug E. Fresh (Busting Out) just to name a few. Scott also managed Boyz II Men and New Kids On The Block. In 1990 while working with the rap pop group SNAP Ronald "Bee-Stinger" Savage carved the term Six elements of the Hip Hop Movement. The Six Elements Of The Hip Hop Movement are: Consciousness Awareness, Civil Rights Awareness, Activism Awareness, Justice, Political Awareness, Community Awareness. In 2006,

Ron Savage after approx. 20 years has stepped back into the Hip Hop game one last time with his first release single “Hip Hop Movement Anthem”, Savage is not rapping on the single his voice is sampled onto the track to give it that old school feel, the single is a beat /sample track for the clubs and real hip hop party heads, Ron Savage sampled his voice onto the record this is the official Hip Hop Movement Anthem being that Ron Savage has trademarked Hip Hop Movement and officially owns the brand. His 2nd release single titled KEEP GOIN was released Jan 11th, 2019, and on TixToc released 10/23/2020 and in online music stores worldwide, Ron is hoping his love for hip-hop keeps him in the game for years to come.