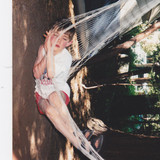 Avigdor Zahner-Isenberg began writing songs as a high school sophomore, using the name Avi Buffalo as his musical alias. Within a year's time, the Long Beach native had put together a full band comprising drummer Sheridan Riley, bassist Arin Fazio, and keyboardist Rebecca Coleman. After playing several small shows, the teenagers won the support of engineer Aaron Embry, who welcomed Avi Buffalo into his home studio for a round of recording sessions. The band's quirky lo-fi pop songs also attracted attention from Sub Pop Records, and the label released Avi Buffalo's first single in late 2009, followed by a self-titled full-length outing in April 2010. Acclaim from the press led to a prestigious summer 2010 tour of Europe which took in U.K. festivals such as Glastonbury, Reading, Leeds, Green Man, and All Tomorrow's Parties. This won the band many new fans, but also led Zahner-Isenberg to conclude that a few years of recuperation were in order before the recording of a second album was attempted. During this period he was enlisted by friends' acts such as Kevin Litrow's N.O.W. and Douglas James Sweeney's Arjuna Genome to produce tracks, and on New Year's Day 2013 he began recording new Avi Buffalo material at a San Francisco studio owned by John Vanderslice. Replacing Fazio, former Girls guitarist John Anderson played bass on these sessions, while Riley continued behind the drums among the multiple lineup changes. However, it was longtime friend Doug Brown who became the band's touring bassist shortly afterwards, with Anthony Vezirian also joining on keyboards. Titled At Best Cuckold, their second record appeared in September 2014. In early 2015, Zahner-Isenberg announced via Facebook that the band would be calling it quits, citing a general malaise in regards to touring and the emotional toll that maintaining the group was having on his personal life, though he did vow to continue writing, recording, and producing. ~ Andrew Leahey & James Wilkinson, Rovi