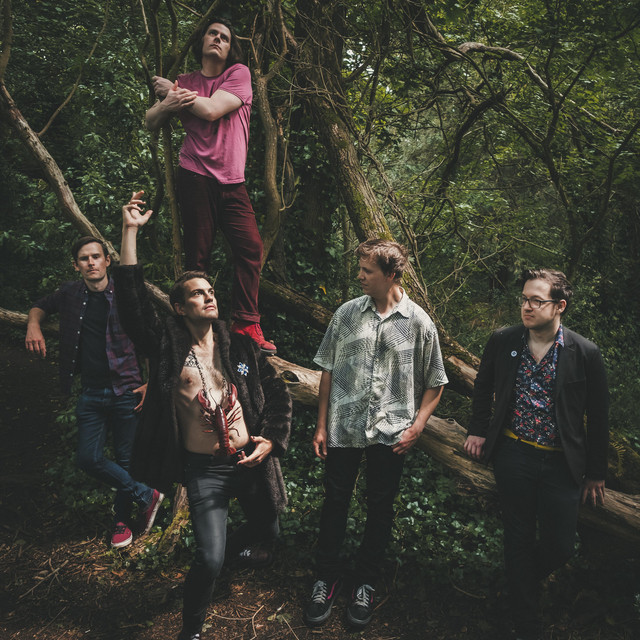 WEIRD ROCK FOR STRANGE TIMES 🐐 Erotic Secrets of Pompeii are an apocalyptic lounge act from Bristol (UK), where aggressive post-punk and transgressive art rock collide. ​ESOP’s songs are inhabited by grotesque characters and are charged with unsettling Lynchian imagery, they drip with symbols and slogans, holding a mirror up to both society and the self. Their spirited live performances incorporate Old Testament fervour and man's earthy appetites. The band’s debut album ‘Witness in the House of Pox’ (2019) served up an unhinged sonic squall incorporating elements of funk, industrial, and breakbeat, while exploring the transgressions of authority figures, the dangers of masculinity, and the decomposition of the self. 2020 saw a dramatic line up change, and with that a vibrant new energy, and a slew of new singles. The band keep going from strength to strength, as 2021 sees them set to release a concept EP, new singles, a full album, and collaborative releases. PRESS: "A fresh post punk band which doesn't hold back its proclivity to explore a few of the genre's equivalent styles, and implement more than a few diverse elements to its emphatic sound, resulting in something thoroughly artful and agitated." - Destroy/Exist ​ "Erotic Secrets of Pompeii have managed to create some of the most chaotic, disconcerting, fun and positively danceable music of the year." - Independent Music News