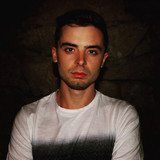 Born in Portugal, Celorico de Basto, Carlos Carvalho is a DJ/Producer, who want to show is great passion for music, as well his talent. He begun in 2015 as a Producer. He has various originals distributed worldwide, for all platforms. In 2017, he signed a contract with MediaPlay for his popular song, called Crazybeast. On the same year, he done his first collaboration You're Looking Out. In 2018 was considered a New Talent of Radio Nova Era with the song You're Looking Out.