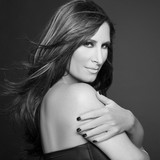 Known for her unique style of electronic, dance, pop, and R&B. In 2009, after facing breast cancer, Nicole re-evaluated her life and realized one of biggest the regrets she had was not pursuing singing. While recovering, Nicole promised herself she would return to a career in music as soon as she finished chemotherapy. It was this Life Altering event which changed the course of her life. Her Mission became even clearer... to Empower, and Inspire others through her Music, Message and Story that it's never too late to Live Your Dream. and to Never Live with Regrets. In 2013, Nicole started her own band and began performing at iconic East Coast venues such as The Saint, Revolution, and Harlem Nights. Nicole released her first hit single Higher than Heaven in 2014, a song about coming back from tragedy. 'Higher Than Heaven" became