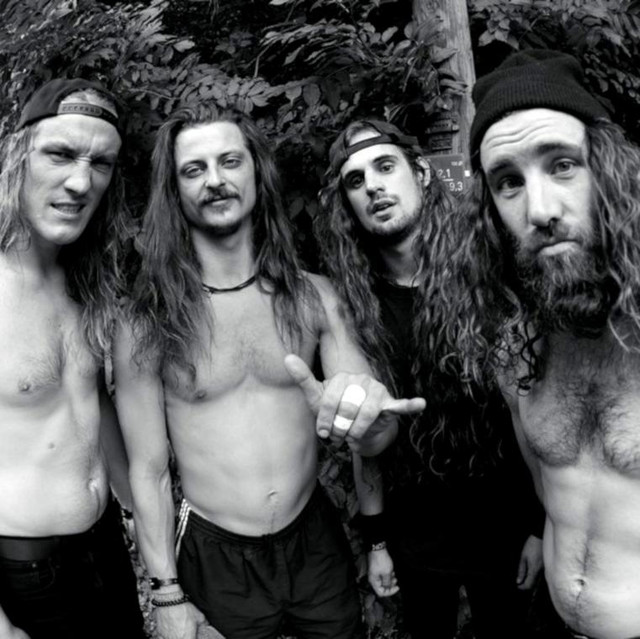 The Era of the new Generation Four men challenged to make decisions. Four men challenged to make a difference. Challenged to make a change. To be the change. Four men looking back on a history of four albums. Four men looking closely at heavy music and its meaning in a new time, in a new era. 2020 - the beginning of a new age. The beginning of the renaissance of Rock´n´roll and its meaning, in a different world, in a different time. A new set of rules that waits to be broken, that needs to be called into question. A new generation whose longing, energy and motivation will be the anwers.

A soundtrack for everybody who embraces change. A soundtrack for everybody who feels the chaos. WE ARE THE NEW. The beginning is here. DUST ϟ BOLT is reborn in 2020 - a soundtrack for a revolution yet to come.--- The four young musicians are more than ten years active as a band, making their name known from local scenes to an international level through their impulsive and energetic live shows. DUST BOLT released their first demo tape "Chaos Possession" in 2010, followed up by their debut Violent Demolition in 2012, Awake The Riot in 2014 and Mass Confusion in 2016. Their latest album Trapped In Chaos