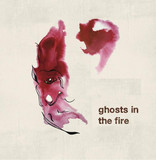 The latest single ‘Shakedown Blues’ was released worldwide on the 18th February 2020 on all streaming services. The second single Wheels Keep Turning and album title track will be released on March 10th 2020. The new album 'Wheels Keep Turning' (March 2020) is his fourth studio album and his fifth album to date since the debut release in 2004.

This is a retro blues and roots rock mixed by Mark Ward in Melbourne. His previous studio album 'Ghosts In The Fire' (2013) was well received by audience and critics alike with some comparing it to Springsteen style hooks and chorus' and with a raspy blues voice reminiscent of the blues masters of the Mississippi. 'Springsteen-esqe style rock.....'