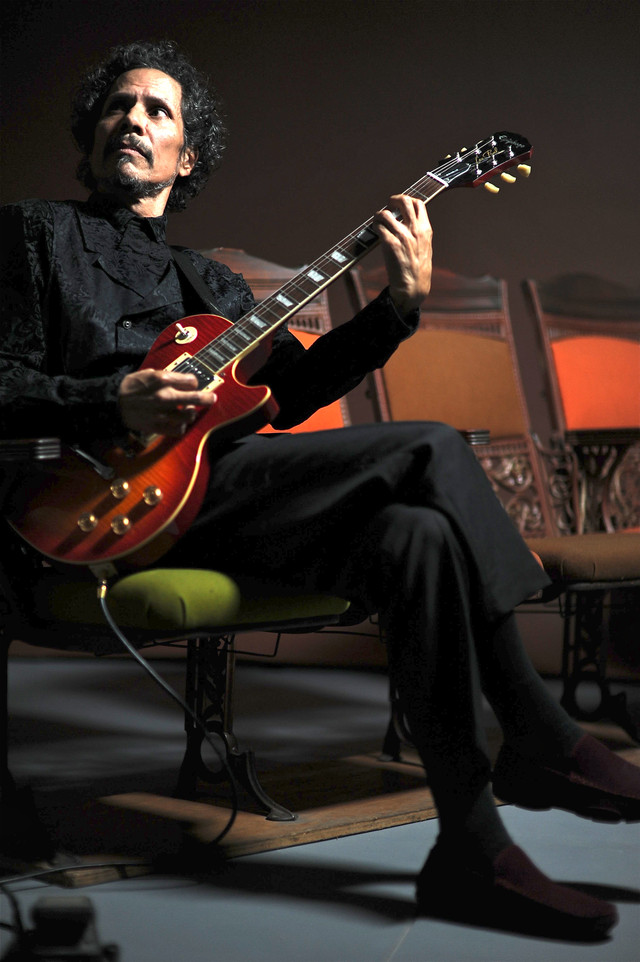 Guitarist, singer, songwriter, producer, and multi-instrumentalist Shuggie Otis may not be a household name, but his "Strawberry Letter 23" is in a multitude of household record collections. The Brothers Johnson's cover of the song has sold over a million copies, peaking at number one R&B and number five pop on Billboard's charts in summer 1977. It was on their LP Right on Time, which went platinum, selling over a million copies, holding the number one R&B spot for three weeks, and making it to number 13 pop in spring 1977. Otis wrote "Strawberry Letter 23" for his girlfriend, who used strawberry-scented paper for her letters to him. Another Otis favorite, "Inspiration Information," received substantial airplay in Chicago and other markets, charting at number 56 R&B in early 1975. In addition, Otis, who had been absent from the recording scene for decades, achieved renewed renown and a new generation of fans after Luaka Bop reissued his classic album Inspiration Information in 2001. Born Johnny Otis, Jr. on November 30, 1953, in Los Angeles, California, Otis' formidable musical talents appeared at an early age. He began his professional career around 1965. He played a guitar solo on his father Johnny Otis' 1969 number 29 R&B hit "Country Girl," issued by Kent Records. His guitar skills were so adept that, during his teen years, he would have to wear dark glasses and strategically apply black ink between his nose and mouth to appear old enough to perform in clubs with his father. Signing with CBS Records, Otis began recording virtuoso guitar-laced R&B/West Coast blues sides. His first LP was Al Kooper Introduces Shuggie Otis on CBS. Johnny Otis produced 1970's Here Comes Shuggie Otis, which was issued on the CBS imprint Epic Records. Otis' Freedom Flight was issued September 1971 and included the original version of "Strawberry Letter 23," the heart-tugging "Someone's Always Singing," "Ice Cold Daydream," and the bluesy "Me and My Woman," co-written by Otis and Gene Barge (known best for his association with Chess Records, Chuck Willis, and Natalie Cole). His LP Inspiration Information was issued in October 1974, with Otis playing all of the instruments on jazzy and Latin-tinged R&B numbers. The LP was one of the first releases to showcase the electronic rhythm box then usually found on organs. Besides "Inspiration Information," the LP included the sly "Sparkle City," the sweet ballad "Outtamihead," and the lush, strings-laden "Island Letter," which was the B-side of "Inspiration Information." George Johnson of the Brothers Johnson was dating one of Otis' cousins, who gave Johnson a copy of Freedom Flight. Immediately, he liked "Ice Cold Daydream" and "Strawberry Letter 23." The latter song was played at his brother Louis Johnson's wedding during the wedding march. Louis suggested the song to their producer Quincy Jones for an album track. The track's complex guitar solo was played by Lee Ritenour. The Brothers Johnson' version is quite close to Otis' original. Later in the '90s, Otis played with his own band around Northern California and toured extensively. His son, Lucky Otis, played bass with Johnny Otis' band. Shuggie Otis is featured in the book Alligator Records Presents West Coast Blues, issued in August 1998 by Milwaukee, Wisconsin, publisher Hal Leonard. Otis played live but didn't record under his own name for nearly two decades. Live in Williamsburg, his first-ever live album, was cut during his comeback tour at the Music Hall of Williamsburg in Brooklyn, New York in 2013 and issued a year later. His next studio date was recorded nearly five years later for Cleopatra. Entitled Inter-Fusion, the set featured Otis leading a quartet whose membership included drummer Carmine Appice (Vanilla Fudge, Beck, Bogert & Appice), bassist Tony Franklin (the Firm, Roy Harper), and keyboardist/producer Kyle Hamood (Them Guns) in a primarily instrumental program of originals. Preceded by an in-studio video, the album was issued in April 2018. ~ Ed Hogan, Rovi