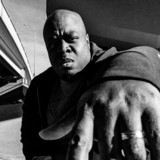 JAMES NOBLE is an African-Canadian Rapper and Producer with an undeniable sound. His music takes the listener on his life journey with percussive beats and thought-provoking wordplay. He’s proof that contrary to popular belief, Hip-Hop can be a force for good.   His fascination with music developed into a passion for hip-hop at a young age. While in college in 1997, Noble connected with a group of emcees in Texas, who helped cultivate his skills and gave him the confidence to become an artist in his own right. After forming a group and performing alongside these emcees, Noble returned to Canada in Spring of the following year. This relocation led to a unique turn of events. In 2001, Noble began working as a pastor with inner-city youth. Doing life with people at a street level changed Noble's view on people and life in general. The lessons learned in that season brought a level of depth to both his character and art. Making quality music to feed the soul became Noble’s top priority.    In 2017 Noble released his first music video, Force of Nature, set in Feudal Japan combining Hip-Hop with the story of a Samurai Ronin battling a demonic apparition of himself. Stingray Music called the project ’Visually Compelling’ and aired the video nationally on their New 4K Music Video TV Channel.   Noble‘s upcoming projects include the launch of the premium urban clothing line ‘NOBLE 1979’ and the release of his highly anticipated debut album due in early 2022.