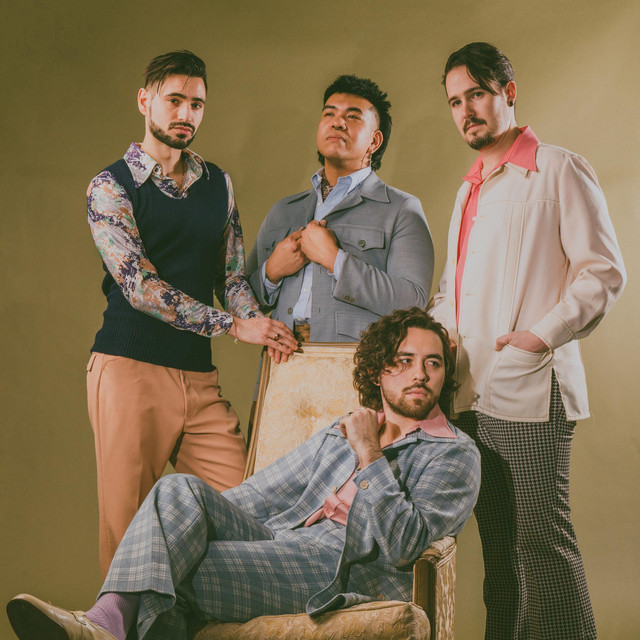 Marina City dove headfirst into the alternative pop scene in 2019. Within one year, they sold out their headliners and shared the stage with Judah and The Lion, Lovelytheband, Coin, and Joywave. The band has had the pleasure of partnering with major Chicago sports teams (Chicago Bulls and Chicago Bears) and performed live on WGN News. Their continued success landed them both radio play and licensing spots on MTV which gained worldwide press. Two weeks after Marina City’s career-defining EP, The Crush, was released, the world wide quarantine canceled the band’s most ambitious plans yet. Instead, Marina City had to go back to their roots and do what they do best; connect with their fans. Wasting no time at all the band embarked on the “Road Show”, a concert experience performed right outside of fans' homes. For Valentine's day, fans were able to collaborate with the band in creating custom songs. The quartet also started The Crush Podcast that invites fans into the members' homes and learn more about them personally. For 2021, the quartet is opening up the year like they would a live performance: with a fun, fast, and loud song. The new single, entitled ‘Trust Fund Baby’, tackles everyone’s biggest fears in dating; the mismatched expectations of one person looking for a fun time while the other is looking for love. ‘Trust Fund Baby’ showcases the confident, attitude-driven, soul inspired signature sound from Marina City but with their most relatable lyrics yet.