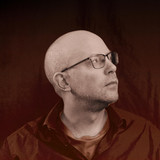 I'm Pete Beat, a singer songwriter and producer from Newcastle upon Tyne, UK.After making music for over 25 years I released my debut album in October 2019, following a small number of singles and EPs over the years. The second album followed in May 2020. I started playing live in the last 3 or 4 years, and have done plenty of open mic nights, a few support slots, and a set at Lindisfarne Festival 2019. I was due to return to the 2020 event before it was cancelled.2021 brings a new single in each of January, February and March, followed by my third album in April. Stay tuned for lots more to come...My releases have gotten some very kind words: "Pete Beat made the most charming record of last week, if not the entire year." Tom Robinson (BBC 6Music) "What his bio doesn't tell you is that Pete is a songwriting genius." Steve Harris, Fresh on the Net "... his deep, rich voice, which is the aural equivalent of the finest brandy" (Single of the Month) The Crack magazine, August 2017