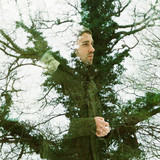 Having spent his life bouncing back and forth between Sweden and Greece, the native countries of his parents, Plàsi was not thrilled about the idea of staying locked inside for months on waiting for the pandemic to end. But with the borders closed, he had to get creative. So he set sail into the ocean of his creation to find inspiration for his sophomore full-length release, Foreign Sea (out February 4 via Nettwerk Records).   A semi-concept album of sorts, Foreign Sea, is a journey with Plàsi to a place where one can reflect on “the world we live in, and what actually matters.” Writing gentle pop songs in the tradition of nylon-string pluckers before him (like Nick Drake , Vashti Bunyan, and George Ogilvie), Plàsi used the shift in perspective to push his music to a new realm.  Since his debut EP Now & Then, his music has made waves in the global folk scene with its natural beauty and romantic charm, earning over 60-million combined streams and a loyal live following. On the road, he has supported the likes of Henry Jamison, José González, Will Varley, Spencer Krug, and Hollow Coves. In spring 2022 Plàsi and Axel Flóvent will join forces with an exclusive co-headline tour in Europe. The show will travel through 8 countries and 12 dates in a manner that we haven’t seen the two artists perform in earlier.