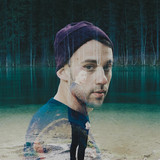 Life split into multiple paths for Plàsi, but he always found a way back to music. Five years since his emergence, the Swedish-Greek indie folk singer, songwriter, producer, and artist reached a crossroads of reflection. Threaded together by intimately organic soundscapes and entrancing vocal transmissions, he wholeheartedly embraces his purpose on the 2020 EP, Where I Belong.   Plàsi introduced himself on the 2016 EP, Now & Then, followed by his full-length debut, People, in 2018. Signing to Nettwerk, he built his own mythos with 2019’s Mystery EP, with the title track being praised as “an acoustic folk gem” by The Line of Best Fit and “a sensationally moving folk piece” by Earmilk, among others.   Beyond amassing over 60 million total streams, he has supported the likes of Henry Jamison, José González and Hollow Coves on the road, in addition to his European headline touring and performances at festivals such as Iceland Airwaves, Eurosonic, and Reeperbahn Festival.   In spring 2022 Plàsi and Axel Flóvent will join forces with an exclusive co-headline tour in Europe. After both signing to the same label the two met and found their shared vision of creating something bigger together. The show will travel through 7 countries and 11 dates in a manner that we haven’t seen the two artists perform in earlier.