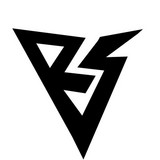 Rock Shreller began as an experimental electronic project when American producers Scott Heller and Jesse Maddox met in Bangkok and began to collaborate. The ideas would eventually take shape in their eponymous debut album, featuring collaborations with international artists. After garnering local media attention and critical acclaim for their sound and inspiring music videos, what had started out as a passion project, suddenly became a serious artistic venture. Rock Shreller went on to record the EP titled 'Love & Death' in 2017, again featuring collaborations and drawing influences from House, Techno, Hip Hop and Indie Rock. One of these talented featured artists is Niall Murray, a singer/songwriter from Scotland who started the wildly popular Bangkok-based rock group, The Sangsom Massacre, who eventually joined the group on a full time basis. The final addition to RS was Fiffi Lackgren, a half-Thai/half-Swedish singer/songwriter who is massively talented and completes the band perfectly. Since then the group have become one of Bangkok's hottest new live acts and have been attracting audiences with their unique sound and extravagant live shows.