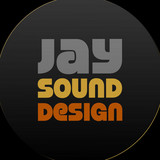 3D Audio Music and Soundscapes inspired by travels, art, emotions ... Musician, composer, sound designer JENS HELMSTEDT releases under the name JAYSOUNDDESIGN music and soundscapes, recorded and produced in a combination of Stereo and binaural 3D Audio. To get the full listening experience, the use of standard headphones is recommended. JENS HELMSTEDT has been an active musician since the early 1980s, at first mainly as a bass player in live bands and for studio sessions. From the nineties he is working as a music producer, sound designer and audio engineer in his own studio in Germany on music productions, post-mixing and premastering for many artists, record labels, media agencies, tv, film and theatre productions. In addition, various audiovisual web and multimedia concepts were realized. Currently, he is working on sound design and soundtrack composing for audiobook, film and multimedia projects as well as on his own 3D Audio music.