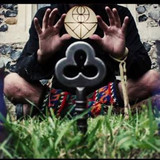 The Quill is a collective astral-folk orchestra based in London, headed by Nicky Francis. Nicky's music is of a psych-folk sensibility, paired with grand pieces of explosive orchestral crescendo. Each track of the debut album 'The Tower at Hunter's Moon' (release due Autumn 2018), is characterized by large-scale rhythmic arrangements, silky strings and choir elements.   Close to a decade ago Nicky (drummer of Mono Club and the now-disbanded Goldheart Assembly), began seeking musicians to flesh out his catalog of songs; this endeavor evolved into the formation of The Quill. With his in-house producer/guitarist Dan Bell, The Quill have recruited a tribe of devoted and talented players, all of which have an invaluable and unique sonic contribution.   The group includes the likes of Lyla Foy, John Herbert and James Dale (of Goldheart Assembly), aemma, fiddle legend Ben Gunnery, classically trained violinist Louisa Wood, Alex Mattinson, Rylan Holey, harmonica player Lee Vernon, and a core rhythm section of Ash Hall, Drew Wynen, Ben Davis and Riccardo Castellani.   The Quill have recently been signed to LGM Records and are excited to release their album after staying relatively dormant while waiting for a suitable record label. This means once again the band will bring forth their music sequentially over this coming year, culminating in a concert in conjunction with 2018's Hunter's Moon on the 24th of October at Bush Hall, London.