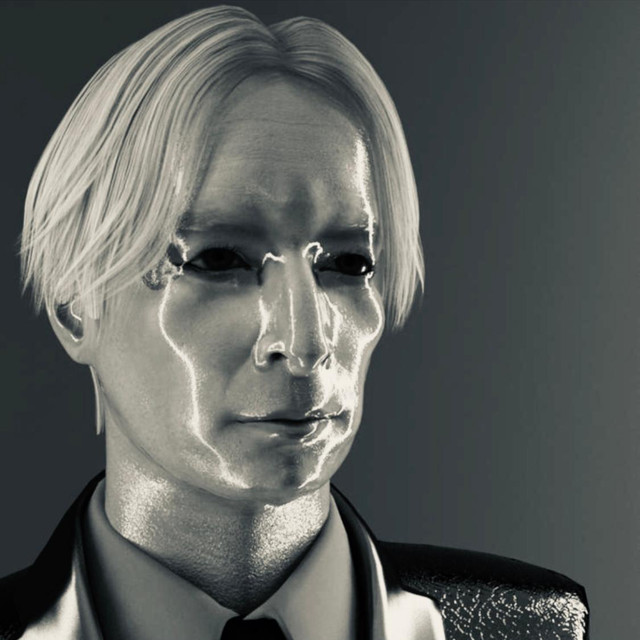 Arch-provocateur DJ Hell (or simply Hell) is one of the most revered and influential figures in the history of electronic music. Born Helmut Josef Geier on September 6, 1962 and brought up in the tiny Bavarian market town of Altenmarkt an der Alz, Hell grew up on the outsider electronic music of the '60s and '70s, never imagining there would one day be money in it. Beginning his mixing career while still a teenager, Hell moved through punk and new wave to electro, house and hip-hop by the mid-'80s. His DJ'ing gradually led to the start of his production career, and one of his first singles, "My Definition of House Music," became a large club hit when reissued by Belgium's R&S Records in 1992. He moved to Berlin to work with Hardwax Records in 1993 and 1994, and also spent time in New York before moving back to his native Munich. Besides releasing his album debut Geteert und Gefedert ("Tarred and Feathered") on Disko B in 1994, DJ Hell recorded a volume in the Studio !K7 mix series X-Mix. His second full-length, 1998's Munich Machine, also appeared on Disko B -- credited simply to Hell. (His stage name, as well as being a truncation of his given name, has a double meaning -- in addition to its associations in English, the German adjective hell means "bright." It was also possibly influenced by Richard Hell.) The album is notable for kickstarting the electroclash movement by combining guitar rock with dance music, something which was strictly verboten at the time. Besides continuing to DJ around the world, he started the International Deejay Gigolos label, which released tracks by Jeff Mills, Christopher Just, and David Carretta, among others. In 2003, he moved once again to New York for a time, where he produced his third album, the no wave-inspired NY Muscle, on which he collaborated with the likes of Alan Vega. His next two albums came after long gaps, as he busied himself with running the label and working on art forms outside of music, such as visual art and fashion. 2009's sprawling two-disc epic Teufelswerk ("Devil's Work") saw him go back to the past for a kosmische-inspired trip, while 2017's Zukunftsmusik ("Future Music") offered a deft synthesis of the entire history of electronic music, from lush ambient through raw electro-house to smooth pop melodies. ~ John Bush & John D. Buchanan, Rovi