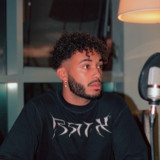 Jaycee is an independent Australian Jamaican singer, rapper, producer, multi-instrumentalist and entrepreneur. He is best known for his versatile sound and invigorating live performances. His musical style is a fusion of Hip-Hop, RnB, Trap incorporating elements of Funk, Soul, Latino & Reggae. Jaycee was born in Perth, Western Australia. He began his solo career at the beginning of 2018 and since then has gone from strength to strength, releasing four self produced projects Modern Day - Because It's Summer - One Song One Dream - Life Goes On, doing his first national AUS tour in January-February 2019 and has performed at major festivals across the country having recently supported iconic Australian pop duo The Veronicas. Jaycee finished his world record breaking project #OneSongOneDream where from July 1st 2019 – January 1st 2020 he released a new song (Produced, Mixed, Mastered & Written by him) and music video every week for six months straight. Jaycee gained worldwide exposure in 2020 when his videos began trending on TikTok. He is now one of the most popular musicians in Australia on the App with 1.2M followers. Jaycee remains signed to his co-founded record label 'Modern Day Entertainment’.