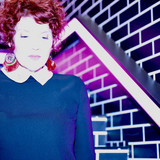 November 8th 2019- The re-master and digital release of my 1997 album Things People See. This album was recorded to tape back in '97 before the digital era...An album full of thoughts and musings from the heart of a teenager/young woman. Recorded,Engineered and produced by Canadian producer Rick Salt and featuring many amazing Vancouver Island musicians who still to this day are friends and hard working musicians...I hope you enjoy. Camille In late 2016 Camille Miller released “Fight or Flight”, her 7th studio album which marked a new sonic direction – a true amalgamation of her significant career experience to date. She has traversed the world with her life and music, and along the way picked up musical elements that she has expertly distilled in to this latest release. Labelled as “Braz-Pop” by one reviewer, this new sound fuses Brit-Rock influences with Miller’s roots in North American pop songs, and combines with Caetano Malta’s (Producer) Brazilian styled guitar, horns and percussion.