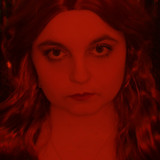 Dark. Enchanting. Raw. Unapologetic. Catherine’ music has always worn its heart on its sleeve. Her melancholic way with words haunts the heart and won’t let go. Her latest single Dangerous looks at the toxic and intoxicating nature of a relationship turned sour. ‘Dangerous is about confusion; the complicated nature of feelings and insecurity in relationships, romantic or not. Ultimately it’s a warning about learning to walk away when it falls apart before it gets toxic. It’s not always an easy thing to do, but something we need to remind ourselves of. It’s okay to put yourself first sometimes.’ Dangerous is the follow up track to 2018 single Buried Alive. Triple J’s Nkechi Anele (Roots N’ All) described Buried Alive as: ‘If this song was the weather it would be a thick dense fog – there is something hauntingly captivating and utterly frightening about this track. I’m going to sleep with my nightlight on for the rest of the year now.’ To date Catherine has released two EP’s independanetly, Livin’ On The Land in 2015 and Bittersweet Memories in 2016. Both were well recieved and recieved nationwide airplay on community radio. She has also performed a various music festivals including Tamworth Country Music Festival, Urban Country Music Festival and Bleach* Festival as part of the Gold Coast’s Commenwealth Games Cultural Program. Her new EP A Dangerous Game will be released in 2021. Catherine is currently based in Sydney, Australia.