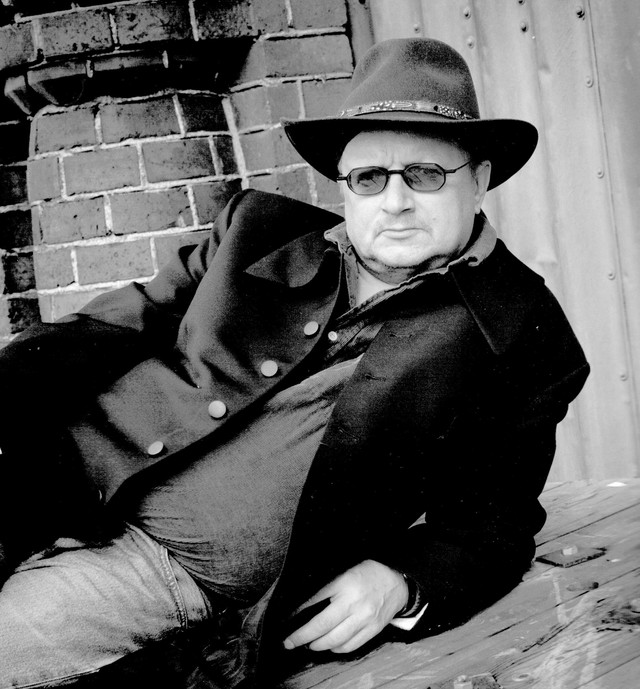 Juice Leskinen (b. Pauli Matti Juhani "Juice" Leskinen) -- February 19, 1950-November 24, 2006) was a Finnish national treasure. He was one of the most prominent and popular songwriters in his native country, but he was also a singer, poet, author, translator, columnist and reporter, among many other things. If you ask any Finn his favorite song by Juice (pronounced "YU-e-ce"), the selections are as varied as his career. He recorded nearly 30 albums between 1973 and 2005; 16 of these went gold, and two reached platinum level. He recorded one of the few modern Christmas songs that nearly every Finn knows, "Sika" ("Pig"), a deadpan and hilarious take on holiday excesses. Leskinen began his recording career in the early '70s with Mikko Alatalo and Harri Rinne in the band Coitus Int. His early music was funny, rowdy rock & roll, recorded on Juice Leskinen & Coitus Int (1973) and Per Vers, Runoilija ("Per Vers, the Poet," 1974). After these two albums Coitus Int folded, though Juice recorded a joint album with Mikko Alatalo titled Juice ja Mikko ("Juice and Mikko," 1975). His future recordings would be recorded with various bands and lineups, often called either Juice Leskinen Slam or Juice Leskinen Grand Slam, a name he retired in 1991. He initially had some difficulty finding acceptance for his thematically serious music after his early recordings, but songs like "Syksyn Sävel" ("Autumn Melody"), "Viidestoista Yö" ("The Fifteenth Night") and "Musta Aurinko Nousee" ("Black Sun Rises") found their way into the hearts and thoughts of nearly every Finn. A series of exceptionally popular recordings followed on albums like Keskitysleirin Ruokavalio ("Concentration Camp Diet," 1976) and XV Yö -- Tauko III ("XV Night -- Pause III," 1980). In the late '70s, Juice was adopted into the punk and new wave movements and famously toured with Hassisen Kone and Eppu Normaali in the lake district of Finland, not with a bus but with a boat. The tour was filmed by budding filmmakers Mika Kaurismäki and Aki Kaurismäki, and a film of the tour, Saimaa-Ilmiö ("The Saimaa-Gesture"), was released in 1981, documenting a key period in the birth of punk rock in Finland. Leskinen's first novel, Kuka Murhasi Rock 'n' Roll Tähden? ("Who Killed the Rock 'n' Roll Star?"), appeared in 1979, and his Finnish translation of Mark Shipper's book on the Beatles, Paperback Writer, followed in 1981. Some of his finer albums, like Ajan Henki ("Spirit of the Age," 1981) and Pyromaani Palaa Rikospaikalle ("The Pyromaniac Returns to the Scene of the Crime," 1986), are from this period. Later albums, like Haitaribussi ("The Accordion Bus," 1993) and L (2000) sold moderately, but Juice had already started concentrating on his writing, publishing plays, poetry, children's books and an autobiography. He also translated Stephen Sondheim's Sweeney Todd in 1997 to great success. His final studio recording was a new album with Mikko Alatalo, Juice & Mikko: Senaattori ja Boheemi ("The Senator and the Bohemian," 2004). It was warmly received and a fitting closure to a long and illustrious career. Juice was never known for his singing voice (which was thin at best) or his looks, but rather for his brilliant turns of phrase, his jovial puns and his knack for melodies. Like Loudon Wainwright or Randy Newman, his songs range from the hysterically funny to the deeply melancholic, and he was as likely to translate and cover the Kinks' "Celluloid Heroes" as he was to make fun of organized religion. His anti-authoritarian take on life was as essential to his writing as were his own excesses in the form of drinking and smoking. The '70s and '80s were Leskinen's most successful period, but his failing health, caused by his lifestyle, didn't prevent him from performing up until his death in late 2006. ~ JT Lindroos, Rovi