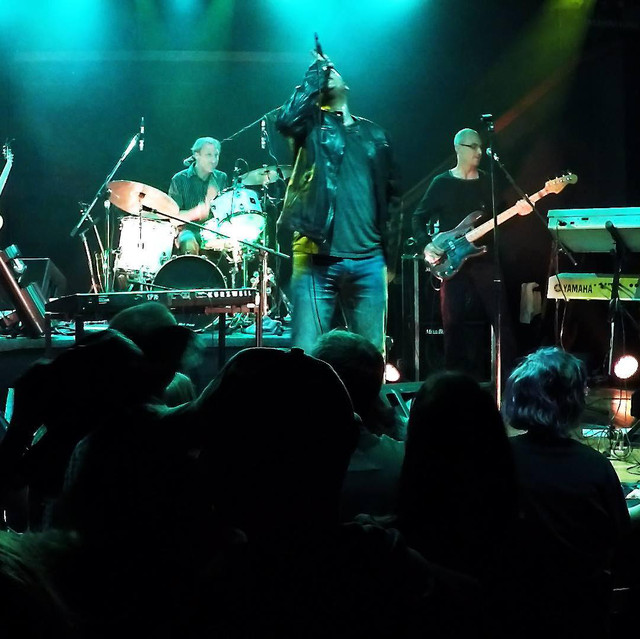 With their optimistic, spiritual outlook and song-oriented mix of pop, R&B, and folk -- dubbed "rural soul" by the band -- Blessid Union of Souls quickly became one of the most popular bands in the post-Hootie & the Blowfish adult alternative radio format in the mid-'90s. Their 1995 debut album, Home, was a huge success, producing a Top Ten hit in the single "I Believe." Blessid Union of Souls were founded in Cincinnati by vocalist/songwriter Eliot Sloan and guitarist/songwriter Jeff Pence in 1990; keyboardist C.P. Roth, who had played in Ozzy Osbourne's touring band, and drummer Eddie Hedges, who toured with several R&B acts, soon completed the band's early lineup. Sloan and Hedges had played together in the mid-'80s in an R&B band called the Movies, and briefly signed with CBS. Taking their name from a line in an episode of M*A*S*H (and misspelling the first word to ensure correct pronunciation), Blessid Union of Souls recorded a demo tape in 1992 that found its way to EMI Records, which immediately offered the group a contract. Their debut album, Home, took over two years to craft properly, and was finally released in March of 1995; it was an immediate success, thanks to Cincinnati DJs who had already begun playing the then-unreleased lead single, "I Believe," and spread the word about the band. "I Believe" eventually reached number eight on the Billboard singles chart and became one of the most played songs of the year; like many of Sloan's songs, the lyrics reflected subtly Christian sentiments, but never became overbearing or preachy. The follow-up, "Let Me Be the One," also reached the Top 40 and was featured prominently in the soap opera All My Children. After EMI went under, Blessid Union of Souls switched over to Capitol, also adding full-time bassist Tony Clark in 1996. Their self-titled follow-up was released in 1997, featuring the lead single "I Wanna Be There"; while there were well-crafted collaborations with professional songwriters like 1996 Grammy winner Tommy Sims, the album was not quite as commercially successful as its predecessor. Walking Off the Buzz was released in the spring of 1999. A collection entitled Singles followed in early 2001. Even though the band took the next four years away from the recording studio, Blessid Union of Souls did continued to play live. C.P. Roth and Eddie Hedges left in 2002 and were soon replaced with longtime friends of the band, Bryan Billhimer and Shaun Schaefer. The new lineup released Perception on the Ultrax label in 2005. In September 2008 the band released a new studio effort, Close to the Edge; the album’s 12 tracks included eight that had previously appeared on Perception. ~ Steve Huey, Rovi