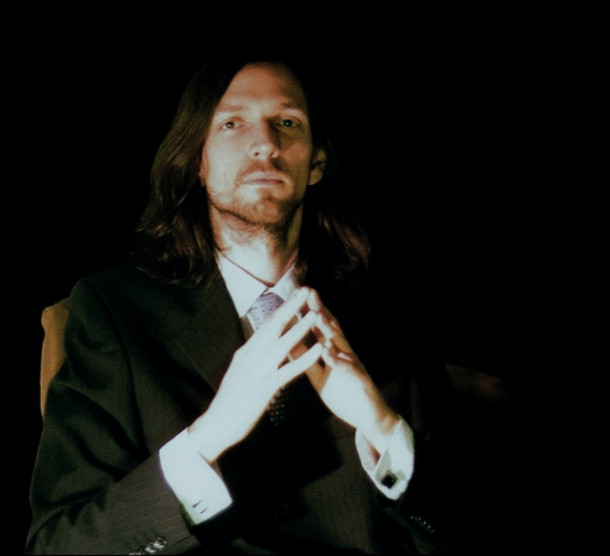 Edward Upton's myriad recordings as DMX Krew encompass numerous styles, nearly all of them rooted in the electro innovations of the 1980s. Throughout the second half of the '90s, he released several albums on Rephlex (beginning with 1996's Sound of the Street) which faithfully emulated his old-school hip-hop and new romantic influences, culminating in the catchy, freestyle-inspired pop songs of 1999's We Are DMX. While these albums seemed cheeky, playful, or ironic, they were created out of sincere appreciation for Upton's influences, and placed him at the forefront of the '90s electro revival. During the 2000s, he drifted away from vocal-based tunes and embraced a more cerebral sound in line with Detroit electro acts like Dopplereffekt on releases such as The Collapse of the Wave Function (2004) and Wave Funk (2009). His highly prolific output during the 2010s branched out into several other directions, from the more experimental electro of 2014's Standing Stones and the braindance of 2017's Strange Directions to numerous singles and EPs which explored acid house, bleep techno, electro-funk, and more. Upton has also recorded under at least a dozen additional pseudonyms, including Computor Rockers, David Michael Cross, Asylum Seekers, and others. Upton's first release as DMX Krew was the electro-techno EP Got You on My Mind, released by Dutch label Dance Arena Productions in 1995. He then signed with Aphex Twin's Rephlex label, which issued his debut full-length, Sound of the Street, in 1996. The album's simple, effective songs were entirely focused on moving the crowd on the dancefloor, with straightforward titles like "Rock to the Beat" and "Move My Body." Following the Cold Rockin' with the Krew EP on Octopus, Upton founded Breakin' Records, releasing electro records by himself as well as similarly minded artists like Mandroid, Bass Junkie, and Squarepusher's brother Ceephax Acid Crew. Aside from the label's debut release, DMX Krew's 1997 12" DMX Bass/Rock Your Body, most of Upton's initial recordings on the label were released under pseudonyms, while he saved most of his DMX Krew releases for Rephlex and a few other labels. His subsequent Rephlex albums (1997's Ffressshh!, 1998's Nu Romantix, 1999's We Are DMX) and EPs (including 1997's You Can't Hide Your Love and 1998's 17 Ways to Break My Heart) emphasized vocals and emotions, knowingly pushing the cheese factor over the top with songs like "Street Boys." He also paid tribute to Kraftwerk by covering their "Showroom Dummies" on a 1998 12" released by International Deejay Gigolo, released an EP on Zulutronic's Pharma label (Party Beats, 1998), and shared a split double 7" with Chicks on Speed in 1999. His connection to the Detroit-area electro scene solidified in the early 2000s, with EPs on ADULT.'s Ersatz Audio (Touch Me!, 2002) and a split 12" with Osborne on Ghostly International sublabel Spectral Sound in 2002. After a five-year break from releasing material on Rephlex, DMX Krew returned to the label in 2004 with a series of more experimental LPs and 7"s titled The Collapse of the Wave Function. The first two volumes were released as 7"s in 2004, and the final three were LPs issued in 2004-2005. Rephlex also issued Wave:CD, a double CD containing a new full-length album as well as a compilation of some of his earlier tracks. Japanese label Poplot also released Kiss Goodbye, a full-length album of '80s-style electro-funk pop songs. Following these releases, he began to issue far more material on other labels, including EPs on Sonic Groove, Turbo, and Permanent Vacation. His final releases for Rephlex were 2009's Wave Funk, Vol. 1 EP and 2010's Wave Funk double CD, which included the entirety of the EP as well as selections from the previous Collapse of the Wave Function series. Also in 2010, Upton established Fresh Up Records, a label devoted to releasing new 7" records of tracks in old-school funk, disco, and electro styles. With Rephlex slowing down and eventually stopping its release schedule, DMX Krew's post-2010 music didn't get as much exposure as it did during the '90s and 2000s, but he remained as prolific as ever. Full-length The March to the Stars appeared on Dutch label Strange Life Records in 2010, followed by EPs on Shipwrec, Wavey Tones, WéMè Records, and several other labels. The year 2013 saw the release of mini-albums Reith Trax on Rush Hour imprint No 'Label' and Micro Life on Abstract Forms. These were followed by a rash of full-lengths in 2014: Standing Stones (Mystic & Quantum Records), 100 Tears (Fundamental Records), and Shape Shifting Shaman (Shipwrec), as well as Mini LP on Swedish label Stilleben Records. Several more limited vinyl EPs followed, including three releases on Abstract Forms as well as 5 Ways 2 Jack (Super Rhythm Trax), ZSAGI (Zodiac 44), and RAM Expansion (Last Known Trajectory), plus LP There Is No Enduring Self on Mystic & Quantum. In 2016, DMX Krew signed to Hypercolour, which had also issued albums by Upton's former Rephlex labelmate and occasional collaborator Luke Vibert, for the release of You Exist, the Krew's first album to be released on CD since 2010. Other releases during the year included the ambient/downtempo LP The New Age Travellers (Ekster) and the spacy electro of Escape-MCP (Abstract Forms). 2017's Hypercolour-issued Strange Directions was closer to the '90s braindance sound than the more club-friendly material he had been releasing during the previous decade. The eclectic, slightly melancholy Glad to Be Sad and the peppy, disco-influenced Libertine 12 both appeared in 2019. ~ Paul Simpson, Rovi