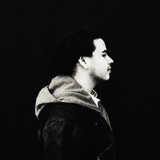 Enter Wraith, a powerhouse Drum and Bass pioneer who has taken his underground sound to new heights with his unique headlining performances. This innovative sound-bender has shared the stage with industry heavyweights such as Goth-Trad, Homemade Weapons, Mob Tactics, Fracture, Sam Binga, Skeptical, and more. For years, Wraith refined his artistry and developed his sound before claiming his niche amidst the heavier side of the bass spectrum. Every track pairs hard-hitting drums with jarring switch-ups and haunting vocals with cut-throat sound design, proving Wraith to be a longstanding figure in Drum and Bass. After tipping hats from critics and producers alike – and garnering a world-wide junglist fan-base – Wraith took a hiatus to refine his craft and reimagine himself through the art of audio engineering. This ultimately led him to starting and managing his own successful mastering company. Now emerging back from the shadows, this phantom of furious sound is making his return with a highly-anticipated release on Play Me Records and a promise of even more to come.