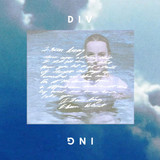 When Los Angeles-based musician, producer, and actress Bridgit Mendler stepped back into the studio for the first time in four years, she knew it was going to feel different. Heartbreak, self-discovery, and fresh musical inspiration set her on a new path “to make something raw – something genuine”. Entwining pop with hip-hop, alternative R&B, indie rock, and even dancehall, Bridgit Mendler has emerged with career-changing work. Her fall 2016 EP Nemesis features hit singles “Atlantis” featuring Kaiydo, and “Do You Miss Me At All.” Upon seeing the celebration around her return to the studio, Bridgit resolved to release more music in 2017. “Temperamental Love,” her first single of the year, showcases a duet with Toronto-based rapper Devontée. Bridgit followed up the collaboration with “Can’t Bring This Down,” a pop-R&B track with up-and-coming hip-hop artist Pell that was added to numerous playlists including Spotify's New Music Friday in 11 different territories. Her latest single "Diving" with electronic duo RKCB peaked at #2 on HypeMachine and received placement on over 25 influential playlists. Bridgit is the actress who took on pop music differently; her independent spirit lets her take the reins on who she works with and what they can create together. To be in her presence means to be welcomed with curiosity, care, and intellect, these characteristic traits make her appreciated and loved by both the TV and music communities.