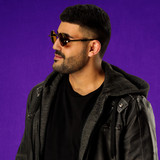 R-CHY is a talented DJ and Producer From Tel-Aviv ,Israel . He started his first steps in the music scene at the age of 16th when he got his first dj set from his father.  The sound of R-CHY is a combination of groove and heavy bass music in addition to emotions and feelings in his tracks.  R-CHY is a true rising star with outstanding performance and true passion for music . ​One of his most notable accomplishments was the remix for "Dance Monkey" which received over 10 million views on the media networks Since then came a lot of success, in 2020 entered with the song Taco to the MTV channel. Lately, Tiesto supported his track "Pikachu" on Club Life 723. Follow me and join the journey to achieve the dream - connecting people through music. ​