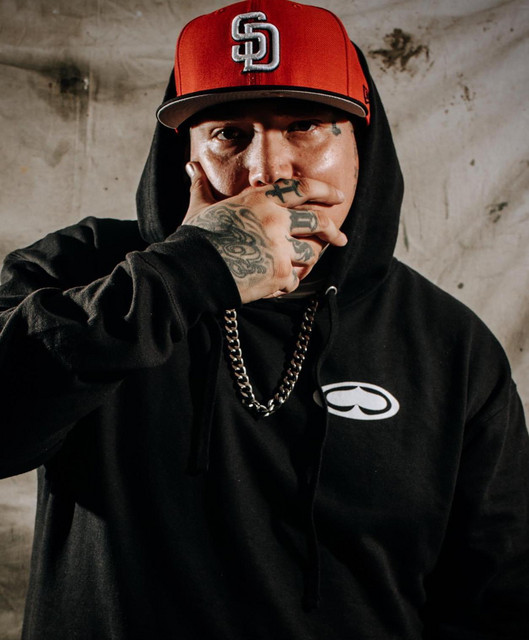 SAN DIEGO ,CA MGMT: Regime72/SRH/SUBURBAN NOIZE Obnoxious signed with Suburban Noize the legendary California independent label that brought you hip-hop classics from Madchild , Glasses Malone, Saigon and La Coka Nostra . His first release under the new label was the Push Buttons Beats produced single “Killshot”, which instantly resonated with fans for its aggressive bars and neck-snapping hook. The video has since gone on to stack up over 80,000 views in just over a week, as it further infiltrates the consciousness of aggressive underground hip-hop heads. Growing up in one of the tougher neighborhoods in San Diego, CA, Obnoxious was just fifteen minutes from the Cartel Controlled Tijuana border on one side, and a beach town filled with stereotypical college students on the opposite side With his recent return to hip hop Obnoxious has also been garnering early spins from both Sirius XM's Shade 45 shows by DJ Premier and Rap Is Outta Control with DJ Eclipse. In the not-so-distant past, Obnoxious' venomous lyrics helped to earn him a slot on legendary hip-hop channel BET's 106 & Park where he was crowned a Freestyle Friday Champion for 4-straight weeks. Obnoxious walked away from the record deals and accolades that came with his early success. But with a newfound vision and motivation, he is looking to take his place alongside many of the great street poets in hip-hop. No frills, no bling, just raw lyrics and the true-life stories that are OBNOXIOUS