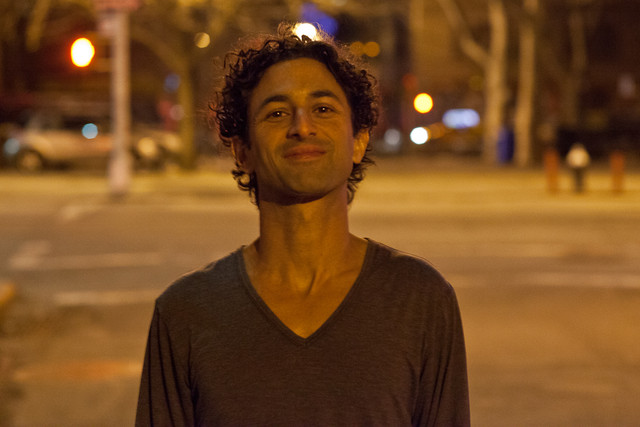 Nickodemus is a traveler at heart—a connector of worlds, scenes, and people since the mid 90s. Over his extensive career as a touring DJ and producer, including 4 albums and 100’s of remixes, he’s helped pave the way for an inimitable mix of global fusion and the heavy beats we yearn for in the club. His music has long thrived on the close relationships and mutual respect of friends he’s built across the continents, felt through the worldly potions he cooks up in the studio, and spanning electronic sounds rooted in Latin, African, and Eastern instrumentation. His latest album, @A Long Engagement, serves as a culmination of the inspirations he’s absorbed and remains rooted in his life as native New Yorker and the city’s nostalgic energy.

Nickodemus’ sound is often focused on the connective tissue of his many live collaborations and the electronic solitude of his studio (or record-filled bubble, as he calls it) such as The Spy From Cairo, Quantic. Through his much-loved label Wonderwheel Recordings, he’s not only regularly releasing some of the most soul-shaking, eclectic sounds in the biz like Chancha Via Circuito, @El Búho , Alsarah & the Nubatones, but focusing deeply on artist development and creating long-lasting moments that live on far longer than their track length. The music you hear in his releases are filled with expression, reflection, and care; they’re both open-minded and deeply focused, a rarity at time in today’s overcrowded music industry.