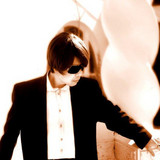 Andrew Farstar is a singer, songwriter and music producer from Australia. He has been releasing his music since 2016 resulting in numerous singles and albums. Although he mostly releases Pop & Jazz, listeners will find Andrew’s music to be eclectic in genres as well as varied in the languages he sings. When singing his originals or covers of greats such as Elton John, Air Supply or Phil Collins, he always puts his unique style and signature to the songs. Andrew is best known for his song “Chamomile Tea” (especially on Spotify) and “I Don’t Want to Lose Your Love”. His unique, smooth voice has also captured the hearts and attention of thousands of fans and listeners from all over the world. His songs have reached over a million radio listeners worldwide, including a Top 10 song on US radio charts in 2019. As someone who is legally blind, Andrew cannot interact with his fans on social media platforms, but fans can check all the latest from Andrew on his website https://www.andrewfarstar.net/