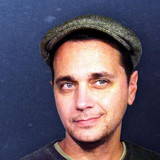 Franco Esteve was born in the Caribbean island of Puerto Rico, and had a multicultural upbringing throughout the United States and Europe. This led to his adoption of the concept of everywhere and nowhere for his views of life, origin, and culture. The same has applied to his professional life as well, covering a multitude of disciplines, feeding his thirst for knowledge and expression. As a child he developed in music and piano, also acting in local commercials and theater, and later developing in other areas of production, photography, design, and film. His education in psychology and math let to a professional life covering a multitude of disciplines, mostly focused on design, writing, photography, advertising, web development, music and film. He's produced and directed commercials and music videos, but is best known for his work with The Doll Chronicles series of short films, which he produced and directed. He also composed the music for the series, for which he's received accolades, Apocalypse: The Doll Chronicles (Original Soundtrack) & Consequence: The Doll Chronicles (Original Soundtrack) Though his work has been focused on scoring for films, he's never thought of himself tied down to it. Singles like The Wait and Quicksand are a reflection of his modern classical album, The Hunt, and tell a story all their own, while his pandemic life soundtrack, Contagion, is a direct expression of his experiences during the Covid-19 pandemic & quarantine.