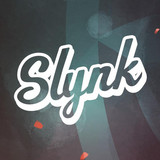 Slynk's musical roots began in 2004 at a new york style underground cafe where he spent years perfecting his turntablist skills and unique brand of funk and hip hop influenced bass music. Meanwhile, across the world in a little farm in Canada, lightning struck a tree killing it instantly. The stump it left in it's death became the centerpiece of the legendary Fractal Forest. It was in this forest where Slynk performed for the first time in 2009. Shambhala changed his life and not long after this first appearance, he was packing his bags to live in Canada, where he will continue to make funky ass beats like every single day.

When Slynk isn't cranking out dancefloor bangers, he's on Youtube teaching the next generation of music producers how to master Ableton with his highly acclaimed Youtube tutorial videos, often featured on the Ableton website.