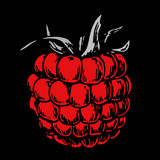 We are a young and beautiful pop-rock band from Prague (CZ). Emphasis is placed on our own songs, Czech lyrics, and strong melodies. We have been playing together since 2009 (formerly under the name "Kobylinec") and during that time we have managed more than 130 concerts in Prague and other Czech cities. We participated in Czech music contests like Skutečná liga, Kašhe or Naděje Beatu. Our songs are played on radios like Beat, RockZone or SoundWave. We recorded 2 EPs, several singles and one LP. The greatest success, however, is that even after years we have fun together!