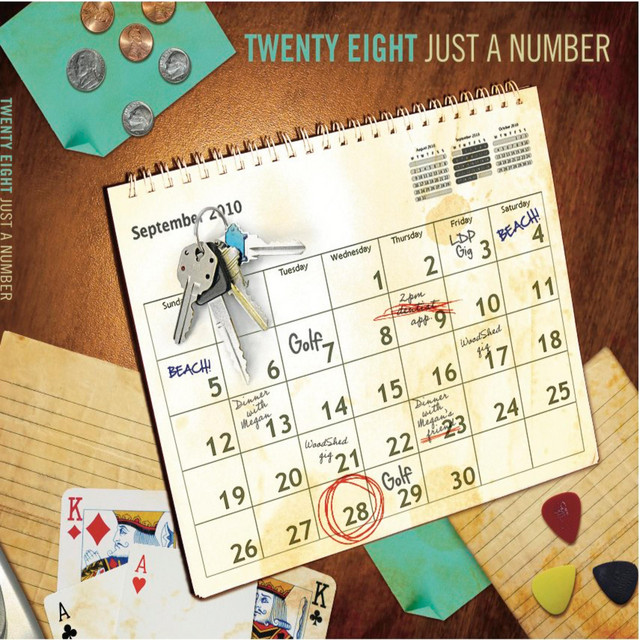 Twenty Eight is an original acoustic rock band from Cape Cod, Massachusetts. The band formed in 2005 with originating members Justin Kenyon, Derick Bussiere, and Gerrit Murphy with Devin Bussiere on the Bass. The foursome started writing their own music, performing at several venues and recorded their first 6 song demo during the summer of 2005. The summer of 2006 saw the additions of Kyle Brown and Eddie Goodwin in the band adding new instrumentation with Lead Guitar and Violin. The group secured weekly spots at local bars including The Lost Dog Pub. As popularity of the band grew throughout the year the demand for performances skyrocketed. During the summer of 2007 the band worked at a feverish pace, performing 90 shows in 100 days between Memorial Day and Labor Day. The band became a regular act at Cape Cod’s most popular bars and clubs.Twenty Eight earned the title of “Cape Cod’s most Popular Band” by drawing the largest crowds (and longest lines) during a month long contest at Sundancer’s in Dennis, MA. Much of their original live material would make its way onto their first full length album Road to October which was recorded from late 2007 to 2008. On September 28, 2010 the band released their second full length album, Just a Number. It consists of 10 brand new tracks and a completely new recording of one more. This album is the culmination of 2 years of songwriting and practice and their passion for music and originality can be heard on all tracks.