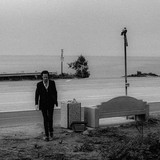 Nick Cave & The Bad Seeds are no ordinary group of musicians. Across four decades and 17 studio albums they have established themselves as one of the most exciting, influential and progressive bands on the planet. Albums including The Boatman's Call (2011 Remastered Version) (1997),

No More Shall We Part (2011 Remastered Version) (2001), Push the Sky Away (2013) and their most recent Ghosteen (2019) have firmly cemented Cave’s position as one of the most acclaimed and sophisticated songwriters of his generation. Over the years, the Bad Seeds have harboured some of alternative music’s most celebrated and idiosyncratic musicians including Mick Harvey, Blixa Bargeld, Kid Congo Powers, Barry Adamson and the late, great Conway Savage. The current line-up of the group features the vital presence of shamanic multi-instrumentalist Warren Ellis alongside Martyn Casey (bass), Thomas Wydler (drums), Jim Sclavunos (percussion) and George Vjestica (guitar). A band apart, right from the very beginning, the Bad Seeds have always sounded like nobody else on earth.