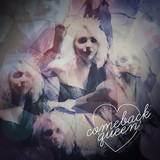 Redefining British Country Music, Sam Coe sheds a new light on the musty, tinged world of traditional country. Raw, gritty and honest.   Following previous critical acclamation and success as both a solo artist and with her band, The Long Shadows, 2019 sees Sam Coe heading in a fresh musical direction.   Ready to start a new UK Country scene that draws upon, rather than tries to replicate, the American scene we know and love, Sam wanted to embrace being an unashamed British artist, and bring some sincerity and soul to the UK industry. Heading back into the studio, she began recording her debut solo album under label GingerDog Records.   Influenced by the sound of throw-back instrumentation like the Fender Rhodes, the new record is heavily piano driven, while combining tremolo guitars, hammond organ and her beloved Gibson with an emotional and raw vocal.   Influenced by artists such as Brandi Carlile