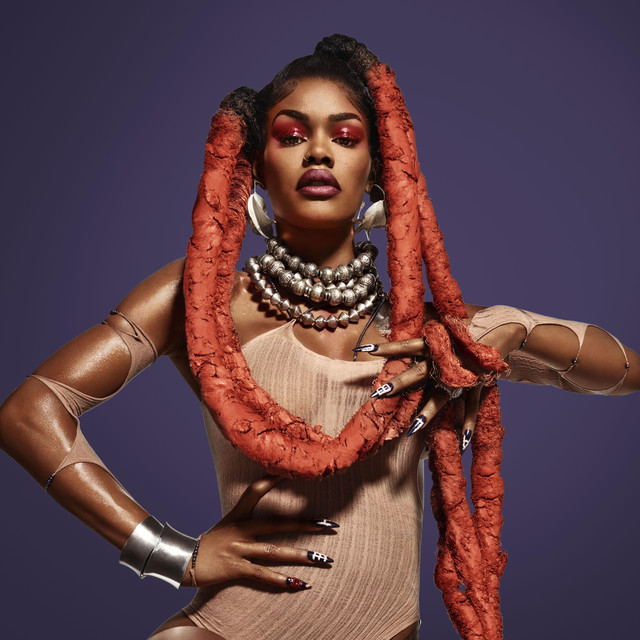 Amid work as an actor, dancer, and choreographer along with other creative pursuits, Teyana Taylor has had a labyrinthine career as an R&B recording artist, highlighted by the forthright Top 20 entries VII (2014) and K.T.S.E. (2018), and The Album (2020), her intensely personal and wide-scoped third LP for Kanye West's Def Jam-supported G.O.O.D. Music. While in her teens, Taylor, a Harlem native, signed with the Neptunes' Star Trak label, helped popularize the Chicken Noodle Soup dance, aided in the choreography for Beyoncé's "Ring the Alarm" video, and became visible to the public in a 2007 episode of MTV's My Super Sweet 16. The year after Taylor made her television debut, she released her brash first single, "Google Me." The track, made with a team including Ester Dean and Jazze Pha, reached number 90 on Billboard's R&B/hip-hop chart and was followed in 2009 by the mixtape From a Planet Called Harlem, but that was the extent of her output for Star Trak. By the end of the year, she'd picked up a co-writing credit on "So Cold," a cut included on Chris Brown's Grammy-nominated Graffiti.

The start of the following decade was pivotal for Taylor. In 2010, she was cast in Stomp the Yard 2: Homecoming -- her first of several acting roles -- and contributed vocals to Kanye West's Grammy-winning My Beautiful Dark Twisted Fantasy. Released from Star Trak parent label Interscope, she signed to West's Def Jam-affiliated G.O.O.D. label, where she debuted on the 2012 compilation Cruel Summer, a number two hit featuring her input on "Sin City" and "Bliss." Taylor released another mixtape in 2012, but her proper debut, VII, didn't arrive until November 2014. Promoted with the singles "Maybe" (number 32 R&B/hip-hop) and "Do Not Disturb," two of its several steamy ballads, the album debuted at number 19 on the Billboard 200. A self-issued EP appeared in 2015, but another three years passed before the true follow-up to VII, during which Taylor spent time raising her daughter with partner Iman Shumpert. She appeared on 2017 tracks by Meek Mill and the duo of Fabolous and Jadakiss, and in June 2018 issued K.T.S.E., short for "Keep the Same Energy." The last of five similarly brief G.O.O.D. LPs overseen and co-produced by West in Wyoming (following titles by Pusha T, West, Kids See Ghosts, and Nas) it debuted at number 17 and yielded the gold-certified single "Gonna Love Me" (number 19 R&B/hip-hop). After a few preview tracks scattered across 2019 and the first half of 2020, most notably the Lauryn Hill collaboration "We Got Love," Taylor delivered The Album on Juneteenth of the latter year. ~ Andy Kellman, Rovi