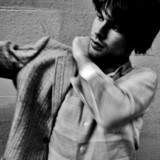 Thomas Bartlett (born October 13, 1981), also known as Doveman, is an American pianist, producer, and singer, known for his work with Yoko Ono, St. Vincent, The National, Rhye, Norah Jones, and many others. He produced Sufjan Stevens' Carrie & Lowell, and three songs for the film Call Me by Your Name including "Mystery of Love" (nominated for the Academy Award for Best Original Song in 2018); and for the final season of Game of Thrones he produced Florence + the Machine's "Jenny of Oldstones". He has released four solo albums as Doveman, four albums as a member of the acclaimed Irish band The Gloaming, and duo albums with the composer Nico Muhly and the hardanger d'amore player Caoimhín Ó Raghallaigh.   Bartlett, who was born and raised in Putney, Vermont, studied piano as a teenager in London with the legendary teacher Maria Curcio, and has lived in New York City since 2000.