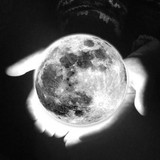 recounting a monumentally bad trip and a plea for peace, love and understanding in bewildering times. Single Tree and Fly (2020) is a psych-folk love song between a tree and a wasp... The tree is the giant African sycamore fig, the tiny wasp Agaonidae. The intricate mechanism connecting them is a marvel of evolution, a 60-million year relationship sustaining countless generations of animals from ants to elephants.