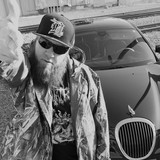 Influenced by his upbringing in Detroit, Underground Hip Hop Veteran Jason Porter has carved out a niche that is all his own. After over 13 albums and mixtapes featuring a laundry list of Hip Hop’s elite, rapper and producer Jason Porter continues to bring his fans a never ending catalog of new music, along with the legendary stage show that he is known for. Jason’s list of accomplishments include production and collaborations on over 300+ albums... hundreds of shows, tours and openings for national acts... charting at #21 on the Billboard Rap Charts as part of Psychopathic Record’s “Tunnel Runners” album... along with music and production featured in several movies and soundtracks.