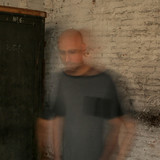 Venezuelan producer currently based in Barcelona via NYC. A throughly eclectic producer, his vast body of work have emerged on a long list of respected outlets such as Culprit, Endless, liebe*detail, Sol Selectas, Hafendisko, Seven Villas and Moodmusic records among many others. 1/2 of