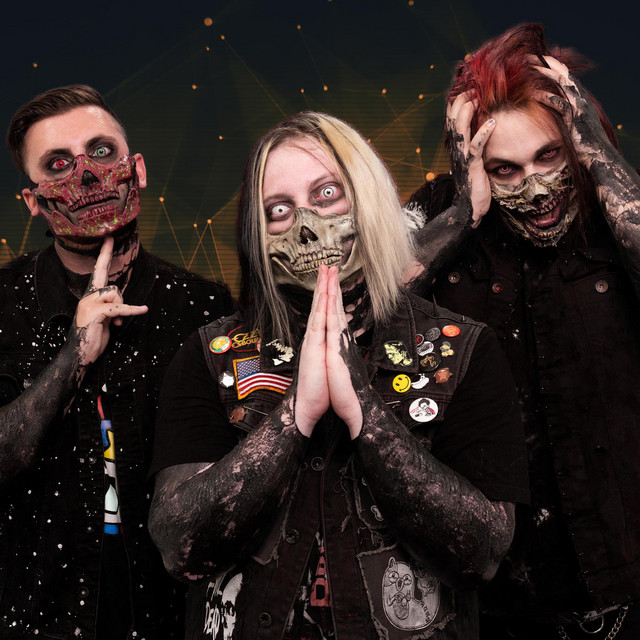 Three members and a massive, genre-defying sound: Oh! The Horror –

Jonathan Hellhouse, Grady Finch and Jeremy Terror – fuse elements of metalcore, rap, horrorcore, industrial, and pop to forge an electrifying maelstrom of sonic spectacle. As their elaborate masks, onstage theatrics, and narrative videos signify, the trio is collectively inspired by spine-chilling horror movies and blood stained video games. Livestream performances became mainstays of Oh! The Horror’s lock down year, with ambitious social media postings and The Live Scream, a YouTube series. The band is now developing an eclectic repertoire of singer-songwriter ballads, country anthems and pop songs, metalized and reimagined. The songs are constructed in reverse. Jonathan first envisions lyrics and records his lead vocals. Grady then builds the entire track, which Jeremy embellishes with metal and industrial flourishes. Often, an entire song can be completed within a single day. Oh! The Horror was formed in Sacramento, California. Over time, and through an evolving cast of musicians, Jonathan Hellhouse’s original vision solidified, as the band’s current members were bonded by a shared work ethic. “We were the weird guys,” they remember. “The ones wearing masks while other bands were doing progressive metal, shred guitar music. We didn’t fit on the bills, so we booked our own shows.” Whatever style of music a listener might love, they are welcome to the community of Oh! The Horror.